Adobe’s Creative Cloud suite of apps is getting a bit more powerful as the company tightens integration between several of its apps and introduces new features. Now elements you create in one Creative Cloud app will automatically sync to others. Photoshop, Illustrator, InDesign, Muse, and TypeKit are all getting updates today to to make working with images and type much quicker. There are over 500 new and enhanced features in this update, but we’ll go over just a few of the major ones. 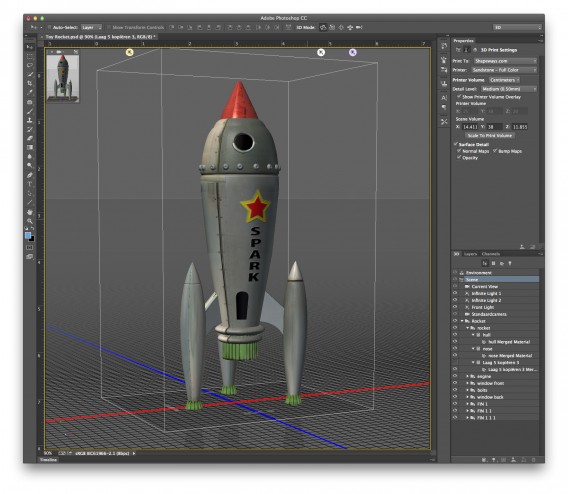 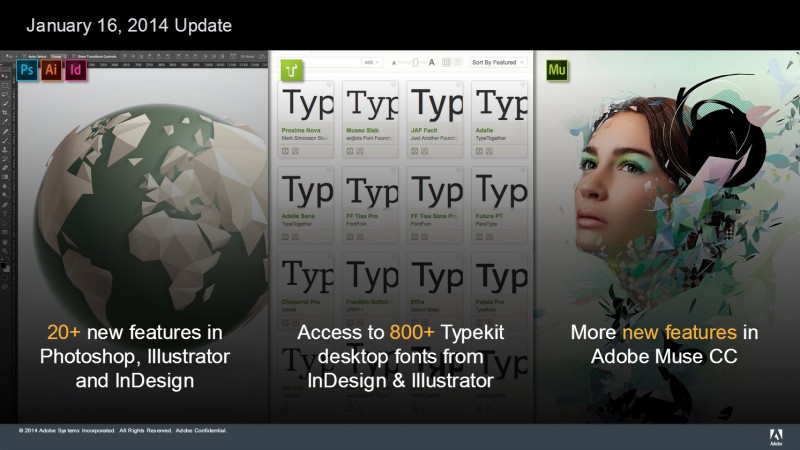 The biggest updates are found in Photoshop Creative Cloud as the program now supports 3D printing. Artists and engineers alike can finalize 3D projects using Photoshop before sending them off to print. Photoshop CC will support printing locally with printers like the Makerbot as well as sending print instructions to online services such as Shapeways. Adobe has actually partnered with a handful of companies to ensure compatibility with 3D printers and services.

While there are dedicated 3D modeling tools, Adobe isn’t positioning Photoshop CC as a competitor to those tools. Instead, Photoshop will be the finishing tool to make sure everything is perfect before sending off designs. This saves the headache of re-printing an object and wasting tons of material. “The features we provide are much more accurate than anything else on the market,” says Andy Lauta, Product Manager of Photoshop. 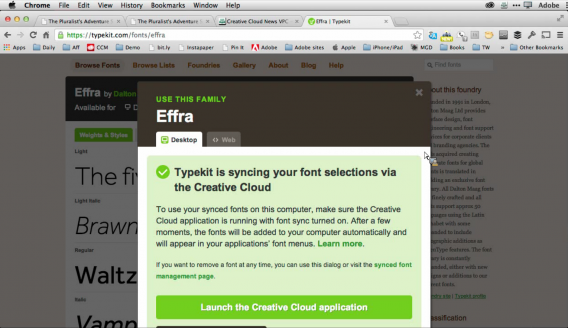 Smart objects you create in one Creative Cloud program will also update across all the other Creative Cloud apps. For example, if you perform some changes a logo within Illustrator CC, the logo will automatically be updated within Photoshop CC as well. Check out the video below to see it in action. 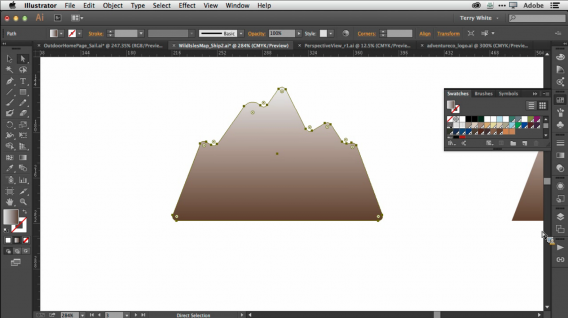 The new Pencil Tool has been designed to give users control over accuracy or smoothness. If someone is using a pen and tablet to draw within Illustrator CC, accuracy will be more important, but users using a mouse will want to opt for smoothness. The Pencil Tool can even make sure your drawn lines are straight. 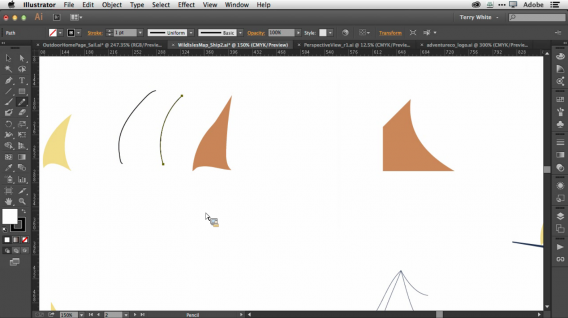 Lines can be quickly manipulated afterward if you’re not satisfied with the “Refine Paths” feature, which lets you work directly on the lines without having to undo your work.

InDesign CC gets better support for hyperlinking text. Users will no longer have to manually update each hyperlink individually as bulk editing is now available. InDesign will also check each link to make sure it’s valid and will warn users if the page is broken. Character styles for hyperlinks can also be manipulated at the same time so changes propagate throughout the document. 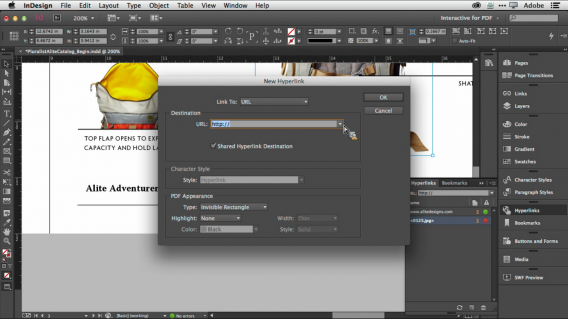 E-book support has also improved with the updated InDesign CC. EPUB 3 is now supported and lets users create pop-up footnotes, which look similar to the dictionary look up feature in iOS 7 and in Amazon’s Kindle app. Support for Japanese and Hebrew also gets improved with re-flowing text when scaling to different screen resolutions. 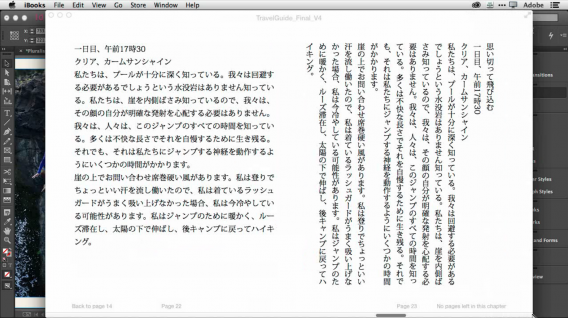 Lastly, Muse CC gets updated with new scroll effects so web designers can create web pages full of rich media. The Adobe demo showed off an animation of a bird flying across a page as a user scrolled down. 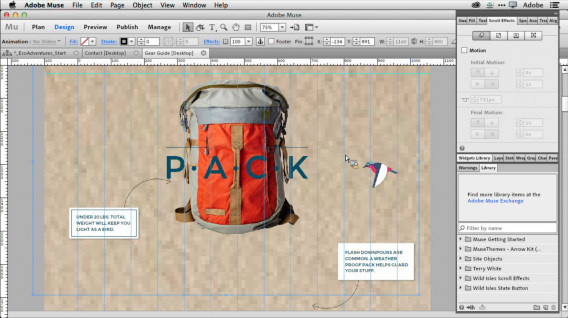 3D printing support within Photoshop CC is very much a 1.0 product which will be improved upon as content creators get their hands on it. Adobe made a wise choice to integrate 3D printing features into Photoshop instead of creating a separate product. By bringing the feature into a mainstream product like Photoshop, it lowers the barrier to entry for creatives who want to start working with 3D models for printing.

Although Adobe’s transition to a subscription based model angered many users, the company is offering consistent updates to make its creativity suite much more enticing. In 2013, Adobe’s Creative Cloud gained 1.1 million subscribers, bringing the total number of subscribers to over 1.4 million members in 2013. By integrating tools for emerging technologies like 3D printing, Adobe shows its anticipating the needs of its users and constantly adapting.

Adobe offers the complete Creative Cloud suite for $50 per month or $20 per month for just one program. The company has reset its 30 day trials so those who tried out Creative Cloud in the past will be able to try out the updated version too.

The update to Adobe Creative Cloud is available to download today.

If you liked this article then you'll love our newsletter!

Join us to receive hilarious memes, photo galleries, tips&tricks, and the best games!

20 Great Things You Can Do With Adobe Creative Cloud